An Interview with Sarah Balfour

Music has been the signature tune of Sarah Balfour ’s life. Born in Stanmore, north-west London, this gifted musician decided she wanted to be a pianist from an early age. At 14 she won the prestigious Young Musician of the Year competition (Three Rivers). She went on to read music at Leeds University – having won three scholarships to study there. She also won the Mozart prize at the Watford Music Festival. 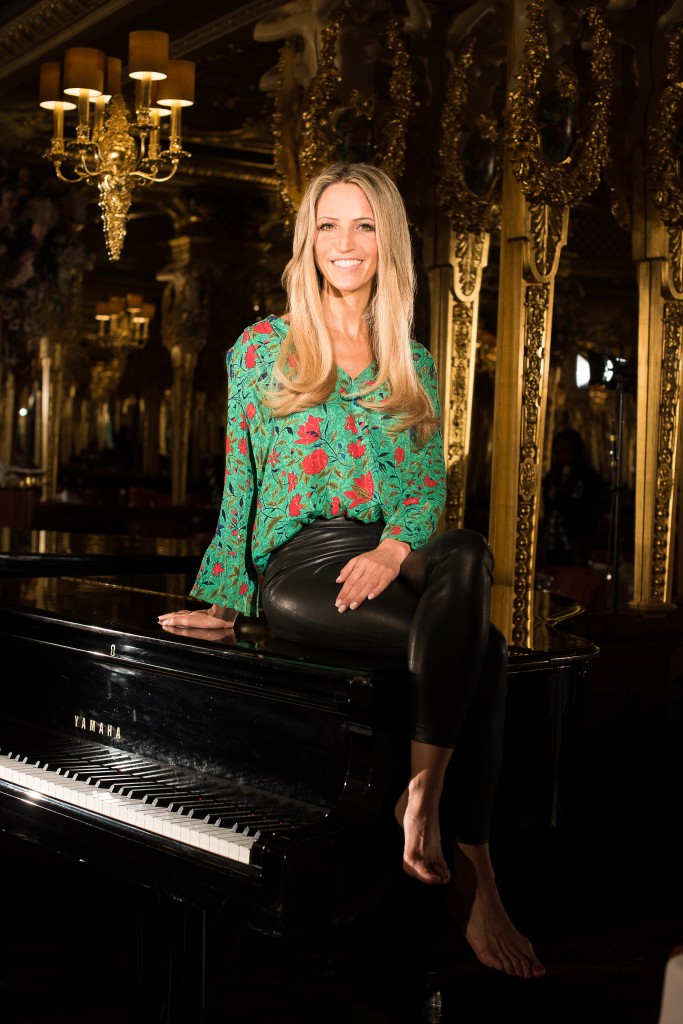 Following graduation, Sarah began working as a session musician, releasing an album of classical piano solos, called Keyed In. She also landed jobs across London, performing at many of London’s most prestigious venues and hotels, including The Grosvenor House Hotel, Claridge’s, The Dorchester, Harrods, The London Palladium and Wembley Stadium. Sarah has also performed with world renowned musicians, including Charlotte Church, Louise, Seal and Mandy Moore. But after seeing firsthand the shoddy behaviour, understanding of music, and work ethic of certain agents, she decided to do something about it.

So with just a laptop in her bedroom-cum-office, Sarah spent more than a year auditioning and recruiting musicians as she carefully established her own agency, Music by Arrangement.

She found that many other musicians had endured the same type of treatment from agents and managers. They flocked to be represented by her.

One of her early contracts involved performing at the then Renaissance Chancery Court in Holborn (now Rosewood London). Sarah was soon inundated with offers from other hotels as well as musicians looking for representation. As the agency flourished, Sarah, who continued to work as a performer, found her opinion was also sought on staging, decoration and indeed the overall look and feel of an event. Realising that her knowledge was a huge commodity, she was inspired to expand to events and have the artists she had signed, play at the ceremonies or functions that came her way.

Sarah Balfour was soon organizing spectacular weddings, parties and events all over the country and now all over the world from Dubai, Spain, Italy, Portugal and beyond. LTG reached out to Sarah to find out how she made this successful transition from musician to highly sought after wedding & event planner and discover what it means to offer clients that special ‘Balfour touch’.

What was the eureka moment that led you to set up Orchid Events?

It was the Bridget Jones’ Diary film premiere after-party. I was playing a seven-hour Cole Porter and George Gershwin set on a white baby grand piano, at Piccadilly’s In and Out Club, I was dressed in a white forties dress, sporting a blonde bobbed wig. The room was entirely white and decorated with dramatic pieces of art deco furniture and enormous bouquets of flowers. It was like being in a theatre production. I was trying to concentrate on Gershwin, but started thinking about all the ways that I’d have styled the party. That’s when I thought “I can do this.”

How does that special ‘Balfour touch’ set you apart?

It’s all about keeping calm and knowing where to find the best people as well as paying meticulous attention to detail; that and always looking for the most imaginative way to make an event utterly memorable.

A relationship with the client that is built on trust is crucial. We can then raise their vision of the event to a reality, and devise ideas and personal touches around knowing what our client would love. Each event is as unique as the individual hosting it, and this is Orchid’s signature. This symbiosis, and my drive to always exceed expectations, has seen clients return time and again to Orchid.

What also helps is the fact that I have amazing and longstanding relationships with suppliers and musicians. My little black book is not so little!

Since launching Orchid Events, founder Sarah Balfour has become a highly sought-after wedding and event planner. Her company has rapidly climbed to elite standard, has offices in the UK and Israel and is now the first choice for a highly distinguished clientele. Orchid Events works with over 2,000 trusted suppliers to create spectacular weddings in the UK and across the world. Sarah has created a truly luxurious wedding planning service offering bespoke, tailor-made services to every bride and groom-to-be, whether their dream day is traditional, contemporary, classic or unusual.

Orchid Events’ bespoke approach to wedding planning allows clients to rest assured that their special day will be unforgettable, whether they envision cascading flowers in a medieval castle, bohemian chic in a hip art gallery or relaxed island vibes on a faraway beach. The LTG judging panel was particularly impressed with how Sarah and her team ensure a stress-free wedding planning experience and perfection in every detail. 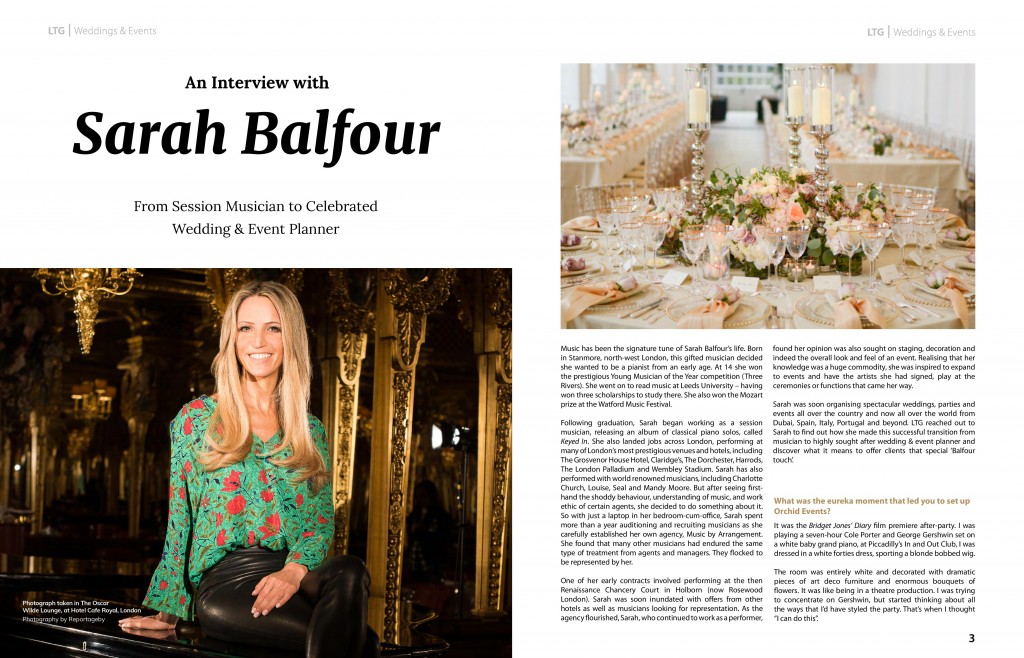 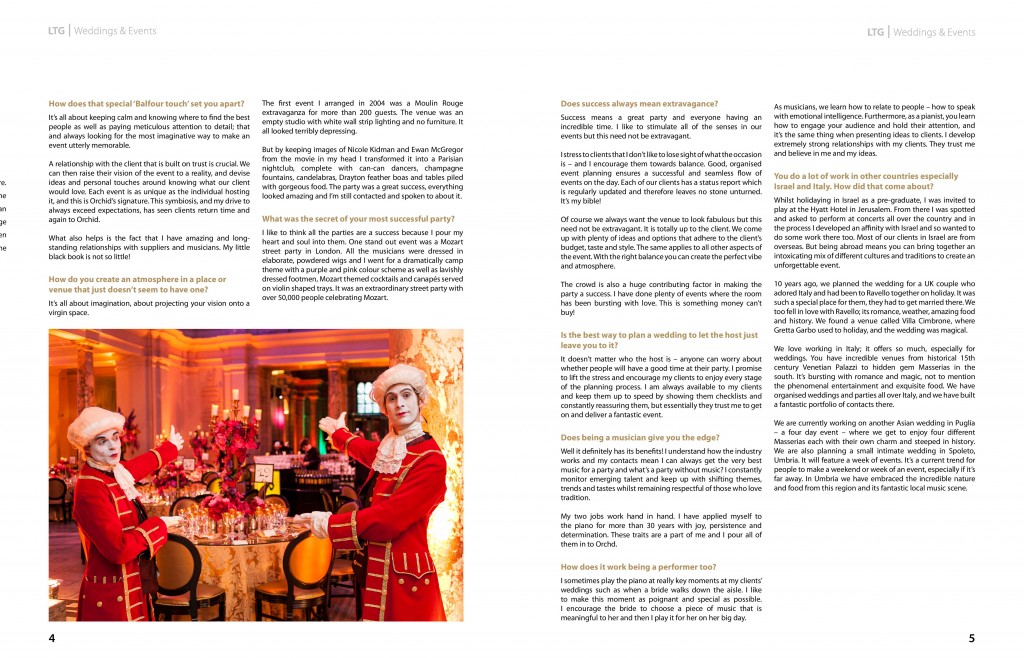 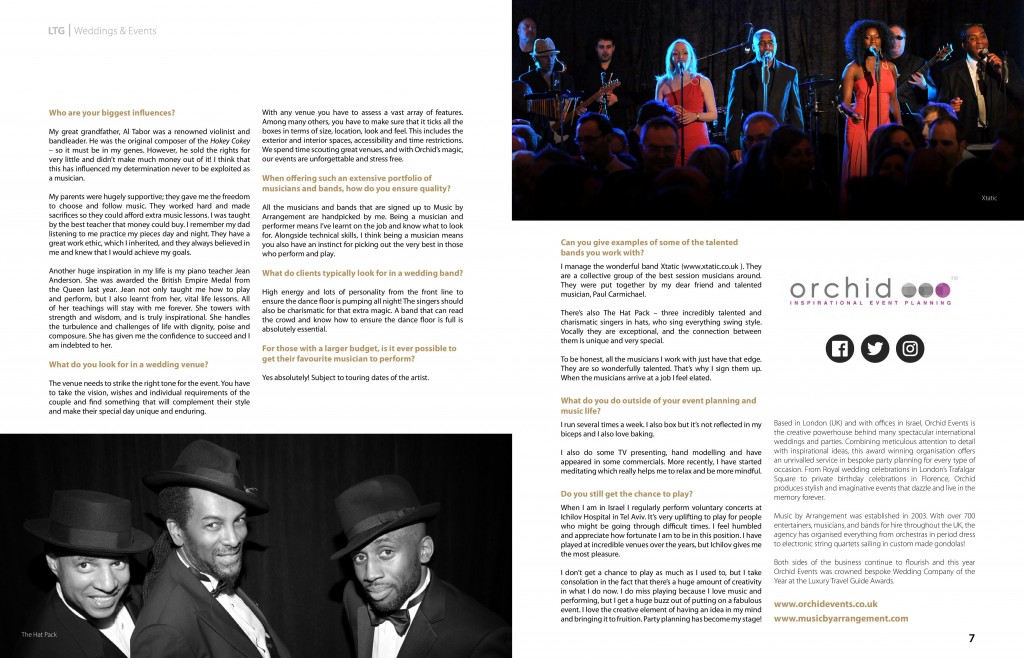 About the Author: Orchid Events Team